Within the framework of Wedding Project, I got interested in the tale of a traditional wedding sari, wanted to know how it was manufactured. I tracked its manufacture process, from its weaving to when it is worn by the bride at her wedding. 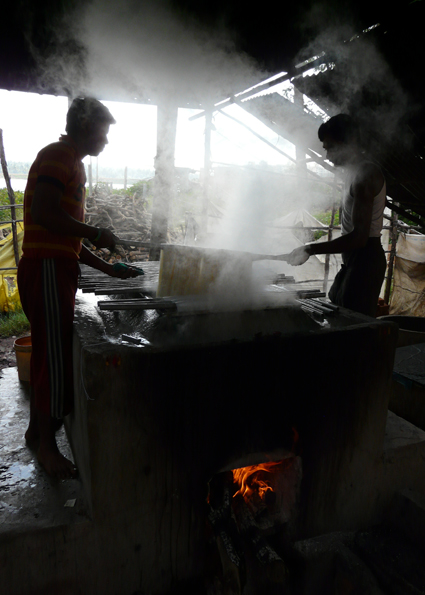 First, there are traditional dyers. They are responsible for processing and dyeing silk before being woven to make a sari. I learned how they treat the silk by boiling it in water and bleaching it with acid. Then the silk can be dyed with different colors in large vats before rinsing and drying to fix the color. These dyers have no fixed salary and work in very poor conditions. Then work all day in the heat, inhaling dangerous chemicals to treat and dye the silk. 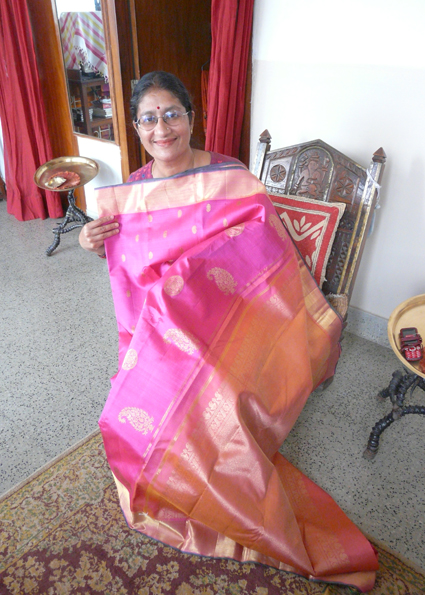 After that, I met Pavithra Muddaya, a sari designer. By talking with her, I understood there is an intermediary between the weaver and the seller. The fabrics, shapes and patterns are created and designed by her. She showed me several of her patterns and drawings and explained to me how each small circle on the paper represents a weaving’s stitch for the weaver. 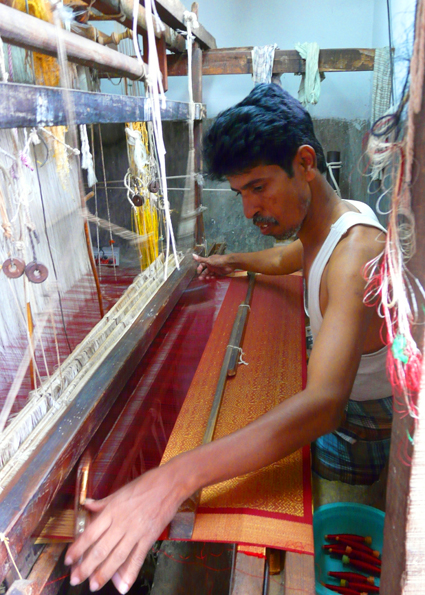 Then I met two kinds of weavers : traditional weaver who uses a hand loom and contemporary weavers who use a power loom. I saw how they weave silk to make saris. The traditional weaver operates his own hand loom and produces between 3 and 4 saris per week. He is paid 250 rupees per sari. The weaver who uses power loom produces an average of two saris per day, and the salary is 200 rupees per sari.
So the competition is really stiff between manual weavers and power looms. Many have to stop their occupation. I think it’s really sad to see traditional crafts that may disappear. 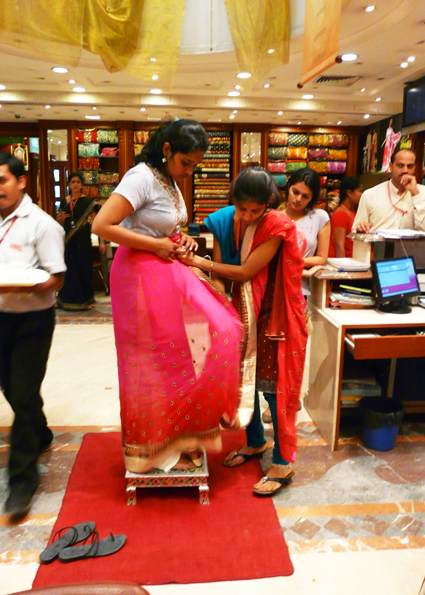 I interviewed the women in these stores about their purchases of saris. I learned that women want to buy sari with gold, but not necessarily red or mustard as it is done traditionally. And the three women whom I asked, would spend between 10,000 and 20,000 rupees for their wedding sari. And here I realize that one seller earns the same amount per month as a woman wants to spend for one sari ! There is such a huge profit margin. 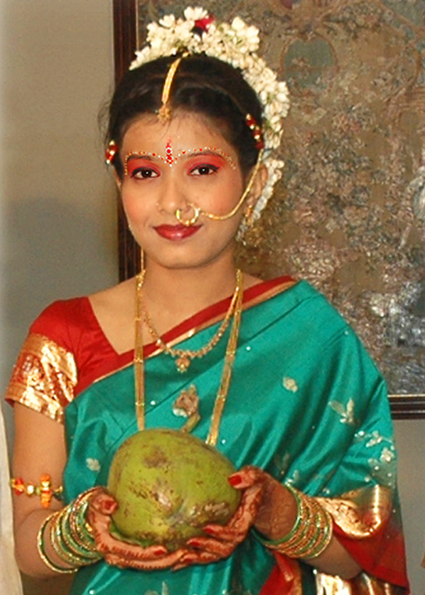 And to finish, I met two young brides to talk about their respective marriages and how they have experienced this important day in their saris. I learned they had spent between 50,000 and 60,000 rupees for their wedding saris. In general they have two saris, one for the ceremony and one for the reception. The first is often red, green or mustard, very traditional. And the second is more modern, a color that the bride wishes. The most striking fact is that they don’t know anything about how their saris are made, where they come from and especially the worries and working conditions faced by silk workers. 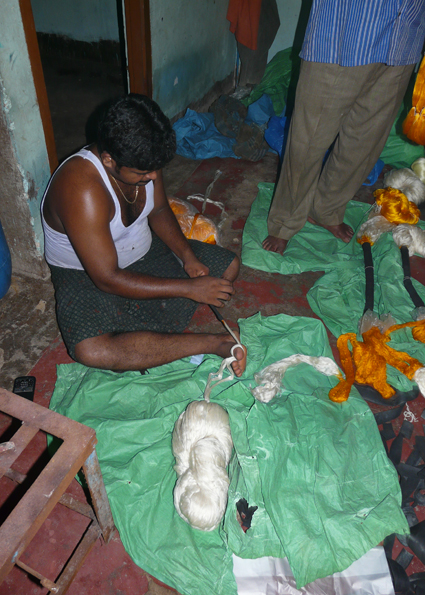 By doing research about the steps in the manufacture of a sari, I have discovered a lot of contrasts of living and working in different social classes in India.
When I chose this topic, I had no idea of all these social problems. I was just interested in how a sari is made. The reality was striking when I went to see the weaver after the designer. And when I saw the price of a wedding sari after seeing the conditions in which dyers lived. So there are real inequalities within a same production line.